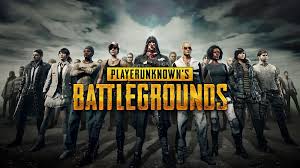 Its back and better than ever!

2017 saw RFLAN running the PUBG beta as a Major tournament. We had NO IDEA that it would be as popular as it was with some of the highest levels of participation ever and over half the attendees playing it most of the LAN!

Now as it was a beta, naturally the tournament had it’s fair share of complications (servers dropping, game updates etc) we know… it sucked, however we learnt valuable lessons from these issues ready for next time.

RF62 will see PUBG returning as a Headlining Tournament!
If you’re like me and super keen to get that sweet, sweet chicken dinner at RFLAN there’s a few things you’ll need to know.

For each game type (Solos, Squads and Duos), we will be running Morning and Evening qualifying brackets. Each Qualifying bracket will be treated like it’s own mini tournament however the top positions move into the finals which will be held late in the evening for the least conflict with other tournaments. You may join whichever bracket suits your day best however remember positions in each bracket are limited.

Please do not join more than one bracket in each game type (Solos, Duos, Squads) otherwise you will be removed from whichever bracket the games-admin decides without notification.

This means you can play in all three game types but can only play in one qualifier of each plus the final if you qualify.

There will be no prizes for the Qualifying brackets, only the winners of the Finals.

The map will be Erangel in Daylight weather conditions and First Person Perspective.

The following top positions will be taken from each qualifying bracket and entered into the Finals;